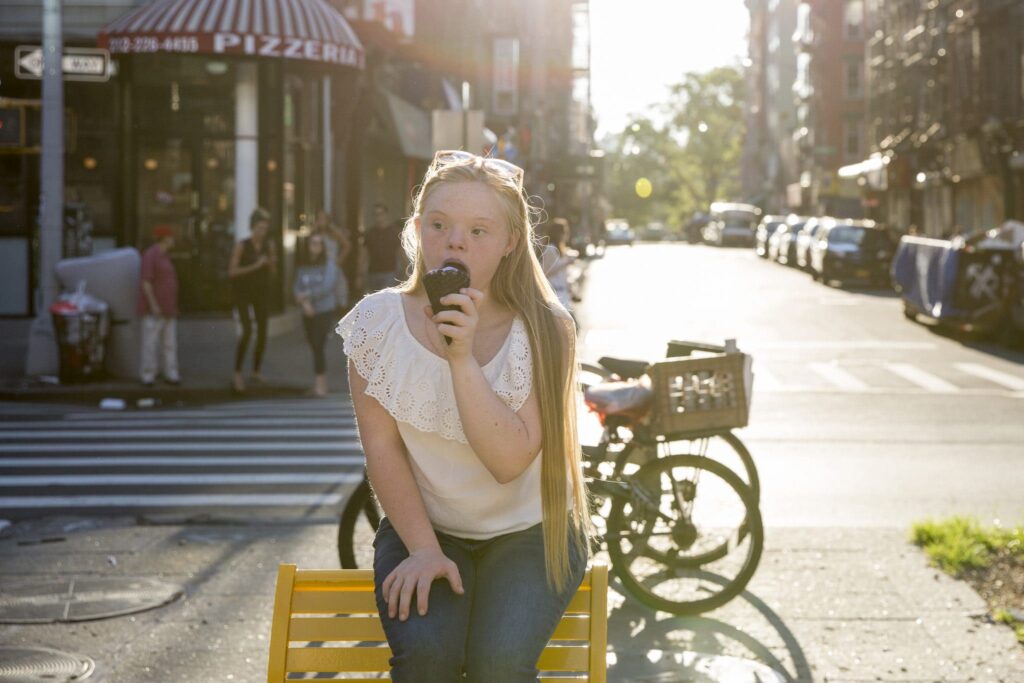 Representation, diversity, and inclusivity have become some of the most top of mind considerations for anyone and everyone working in the media landscape. And yet, while 15% of the world’s population experience some form of disability, most rarely see themselves portrayed in surrounding visuals. Disability visibility, although growing, has plenty of room for improvement. Approximately 19% of people featured in advertising are from minority groups, and of that 19% only 0.06% are disabled.

Brands are starting to make efforts to include disabilities imagery into their campaigns, which is great. But plenty of them often fall into the trap of representing people with disabilities with cliché stereotypes. Gary Radler, Stocksy photographer specializing in imagery of the underrepresented, speaks to this propensity. “My relationships have been mainly with people with developmental disabilities and because advertising can be obsessed with traditional concepts of success (e.g. celebrity and making lots of money), I think they are reluctant to use images of people with a developmental disability,” says Radler. “People with disabilities are often then represented in patronizing, stereotyped ways.”

The next step for creators, marketers, and advertisers is to initiate projects that debunk myths and stereotypes by normalizing disability. We can make more efforts to include all minorities into the fold, not highlighting their identities and characteristics as the main focal point of the story but as part of a broader narrative.

Here are a few tropes to watch out for and how to include a more well-rounded representation of people with disabilities when developing your campaigns and projects.

THE SUPERHUMAN VS THE VICTIM

A common mistake made by media creators is the tendency to frame people with disabilities solely as sources for inspiration. By overcoming their disability obstacles their character arcs are often flat and centered around the disability itself. Kayla Brown of Washington University initiative, Disabilities, Opportunities, Internetworking, and Technology puts it well, stating:

“Many disabled characters are fuelled by stereotypes of ‘overcoming’ their disability or being inspirational to others. While there is nothing wrong with being an inspiration, it should not be the only purpose that they serve in the narrative.”

On the other end of the spectrum, disability narratives are often presented as tear jerker exposés. True, there are often added challenges that come with living with disabilities, and those stories are valid. But when the superhuman/victim dichotomy is the only story told, it reinforces a one-dimensional viewpoint.

People with disabilities, like everyone else, wish to be seen for who they are as complex humans that take part in everyday life. Obvious as that may be, many media marketing efforts to include people with disabilities have received mixed reviews because they lacked some of that awareness.

A famous chocolate bar brand, for example, released an ad campaign, featuring people with disabilities in 2016. It became the most successful campaign in over a decade. The resounding reaction was that people wanted to see more disabilities in the media. But the ad set also came under scrutiny for focusing too much on the disability of the characters, rather than simply including disabled actors as part of a larger story. Although a giant win for disability visibility, there is always room for improvement as creators and media moguls learn how to navigate representation.

Gary Radler’s photography career developed in part because of the gap in representation in the media. “My initial foray into photographing people with a disability arose from my day job, which saw me in the role of purchaser of stock photography. I was disappointed, to say the least, with what was available! So having just got into photography, I decided to take my own photos.” Radler shares. “I soon learned that there was a dearth of stock photographs that portrayed this group as leading everyday lives in contemporary society so I had a new photographic mission!”

To create a more inclusive landscape in our stock photography and footage, creators can make efforts shoot more content that showcases people, not just their disability. Think things like going on a date, working at the office, having a laugh with friends, getting down with some exercise, making dinner etc. Those average, everyday activities are a huge part of life for all people, regardless of their circumstances. The more everyday content photographers and filmmakers create, the more inclusive media campaigns we’ll see.

Hiring models and actors with disabilities is an important part of creating an inclusive project. Some media companies and advertisers have made attempts at participating in inclusion but missed the mark. By photoshopping missing limbs and prosthetics onto able-bodied models, some brands have come under heavy scrutiny.

The key lesson to learn from others’ past mistakes is to hire appropriately. If you’re looking to incorporate disability diversity to your photo or video shoot, cast talent with the disabilities they have. Agencies like Zebedee Management and Mediability are a couple of great places to start your model search.

As media continues to create more positive representations of disabilities, perceptions will evolve. By casting actors with real disabilities, big brand ads have begun to make an impact. We need to see more of this kind of work to bring awareness to the public. As Jennifer Mizrahi, president of disability awareness nonprofit RespectAbility says, “Changing hearts, minds and behaviors takes great messages, delivery systems, and message repetition.”

As creators capture and showcase a more accurate portrayal of the world, we will make mistakes along the way. But with awareness and perseverance, we inch closer to achieving real representation of disabilities in media.

How to use stock media for modern marketing campaigns

Everything you wanted to know about stock photography

A Guide to Stock Photography Licensing