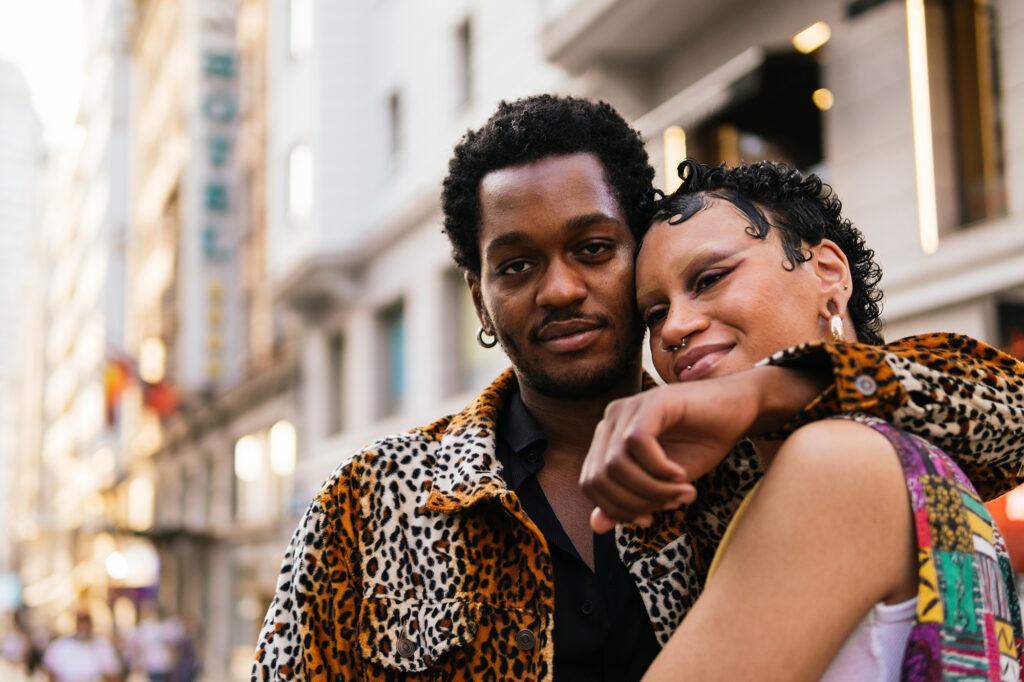 Every year, Pride is embraced worldwide as an opportunity to celebrate and support LGBTQ+ communities. Thousands of events are held to engage in advocacy, express allyship, promote awareness and equality, and commemorate Pride’s history.

While Pride celebrations play a key role in amplifying the contributions of the LGBTQ+ community, it’s important that the media and content creators come together and  evaluate the work that still needs to be done to achieve social, economic, and legal equality.

As Pride has grown over the years, so too has corporate and media interest — and subsequent brand marketing commercialization. Terms like “rainbow washing,” and “rainbow capitalism” are used to describe the number of companies marketing Pride themes, often with cliché concepts and stereotypical representation. If you’re on social media at all at the outset of June (a month where most celebrate), you’ll have seen the countless memes addressing pride month corporate messages. They’re often funny but point to a very real and serious issue with the colluding and capitalizing of culture and  the movement.

If we want to authentically celebrate Pride and make a positive impact, media creators and brands can push beyond empty gestures of solidarity and the overuse of simplistic symbols. With the privilege of a large platform, Pride month messages can be amplified and include cultural and social concepts that inform Pride narratives, better understand their history, and create more space and belonging for the diverse identities and experiences that make up the LGBTQ+ spectrum.

Media and marketing visuals have a tendency to  rely on what is “perceived” to be queer — whether people or cultural markers. Assumptions about identity are often consciously and unconsciously formulated with clichés that flatten complex human beings into one-dimensional “types.” But, the general public increasingly appreciates that gender expression, gender identity, and sexual orientation are distinct from each other and that the spectrum of LGBTQ+ identity is complex and intersectional.

With this shift, we see a growing expectation that expressions of identity will be treated with accuracy and nuance. Our media representation can be bettered by seeking queer creators to produce queer content and by looking deeper into the wonderful complexities of authentic self-expression. There is no singular queer identity or aesthetic. Ask questions. Accurate representation matters.

Seek out more than “queer and colorful” media visuals

Celebrated for being festive, inclusive, and joyful environments, Pride parades and gatherings tend to inspire colorful and expressive participation. But to capture this spirit, there is a tendency in the media to hone in exclusively on the party element in Pride month graphics and images. Often, this means targeting flamboyant personalities or sensational moments which can minimize Pride’s political origins and feed stereotypes that have been used to define and “other” the queer community.

If we can recognize the vibrant expression of Pride’s diverse identities, including the role/contributions of families and children, we can better represent the meaning and roots of this important celebration.

Get up to date on the origins of Pride

In the abundance of rainbow flags and parade images, the meaning of Pride month can often be forgotten. Pride month commemorates the Stonewall Riots of June 1969, which ignited the modern movement for LGBTQ+ rights. In 1970, marches were held in a number of major cities to mark the anniversary, starting the tradition of Pride.

Today, celebrations may comprise a range of events — such as rallies, marches, speeches, outdoor festivals, concerts, family gatherings, film screenings, parties, meetings, performances, workshops, and others. We can broaden the global understanding and appreciation of Pride month by selecting photos and footage that depict the diversity of the LGBTQ+ community within the promotion of these Pride celebration events.

What happens after Pride

Pride is an important opportunity to join voices with a global community of advocates and allies, but meaningful support and truly transformative change require sustained attention and commitment.

Pride campaigns are commonly criticized for reverting back to default cisgender representation and corporate messages as soon as July 1st hits. Inclusion of LGBTQ+ members year-round in brand and marketing visuals is an important way to foster inclusion and diversity in real-life communities. Outside of a Pride context, seeing authentically diverse queer individuals cast in everyday roles as members of society aids the advancement of legal protections, family support, work environments, and more.

Faces and personalities can be powerful advertising tools, but they can also be limiting by reducing a multifaceted population to a single individual. Sometimes space is limited and only a single position is available to showcase an image but it’s important to note that, when representing people and speaking to concepts like diversity and culture, choosing a single image of a person can sometimes be damaging to a brand and harmful to the community or people or observance that it represents.

When speaking to Pride and LGBTQ+ communities, there are ways to explore concepts around queer identity (and other often less visible minorities) that can better support and represent people. The plentitude of asset types and content interpretations in Stock media can open up opportunities to speak to those cultural nuances that require more thought and consideration. When launching campaigns and projects that incorporate Pride or themes surrounding queer identity and culture, think about how to interpret those concepts with visuals that reach into a deeper understanding of what that means.

At Stocksy this year, we explored elements of identity and expression to illuminate the expanding spectrum of LGBTQ+ identity and address the global shift away from binary baselines. Like the electromagnetic spectrum, there are frequencies and wavelengths of identity that are seen and unseen, but always present.

Below is an example of how we showcased elements of the queer identity spectrum with four central concepts: infrared light, kaleidoscope/prism lenses, light refraction, and electromagnetic waves.

Possible interpretations: Identity illumination, being expressive, revealing oneself, celebrating vibrance, expanding from singular and one-dimensional to broad and diverse.

For inspiration on how a blend of authentic and conceptual stock media can speak to LGBTQ+ identity and Pride themes, see our binary-challenging, electromagnetic spectrum-inspired (In)visible Spectrum collection.

How to use stock media for modern marketing campaigns

Everything you wanted to know about stock photography

A Guide to Stock Photography Licensing